Kaikoura on New Zealand’s South Island is a beautiful haven for wild seals and their pups. In a two days I saw seals all over the car park, pathways, rocks, streams, sea and foreshore – hundreds of them. Not only is Kaikoura a seal haven, but it is also a stunning location. The sea and rocky shores are set against a backdrop of spectacular greenery and snow capped mountains and the area is great for photographing scenery and marine wildlife. Although Kaikoura is a small town, it is laden with a rare beauty and will simply take your breath away. 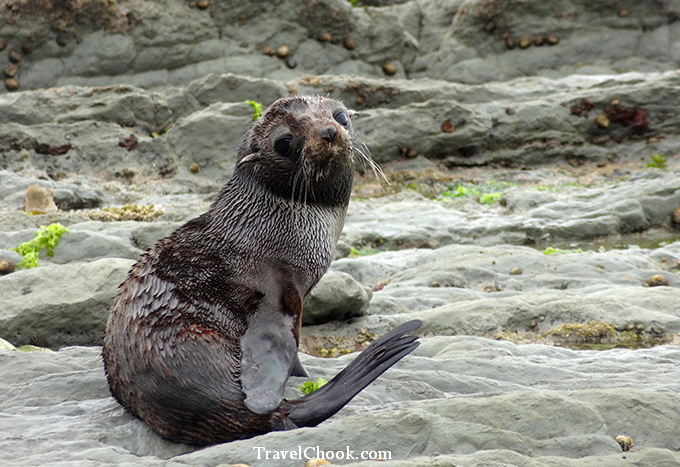 The seal pup above was on the rocks near the water’s edge near Point Kean carpark. I stood there for a good twenty minutes watching him clean himself.  Not far away was one of the biggest seals I’ve ever seen (below) – a total whopper with his head stretched up toward the sky and eyes closed. 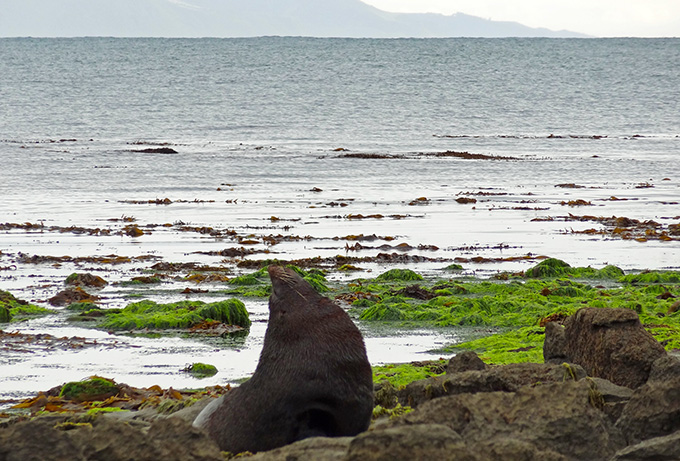 Seeing seals on the pathway and in the car park was a wonderful surprise, and they didn’t seem remotely concerned about me. In fact, it was obvious that it was their territory and I was just a mere visitor. 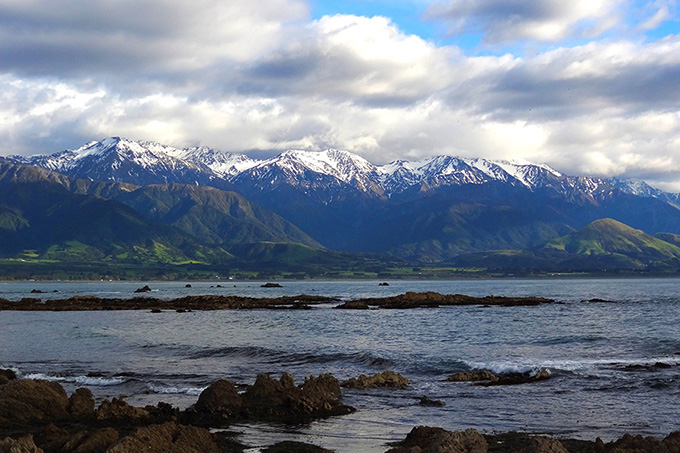 It is hard to get enough of the spectacular dreamy landscape, which is like something out of a fantasy movie.  I’ve never seen anywhere quite like it. I felt very privileged to be there.  The first day the weather was great, but the second day was very rainy on and off. Nevertheless, I bounded out of bed early with a rain jacket and gortex runners, and set off in search of more seals and awesome landscape views. I found both in abundance.

Leaving Kaikoura was challenging. It is a sleepy town in the evening with not a lot to do, but the day time sights are special and Kaikoura was one of the highlights of my visit to the South Island. It really is unique, so beautiful and unlike anywhere else I have seen.

Kaikoura – Things to Do – 2 Day Itinerary

Two days and one night in Kaikoura allows you a chance to experience a slice of its natural beauty and have incredibly memorable seal encounters.  But be prepared to get up early to make the most of it. 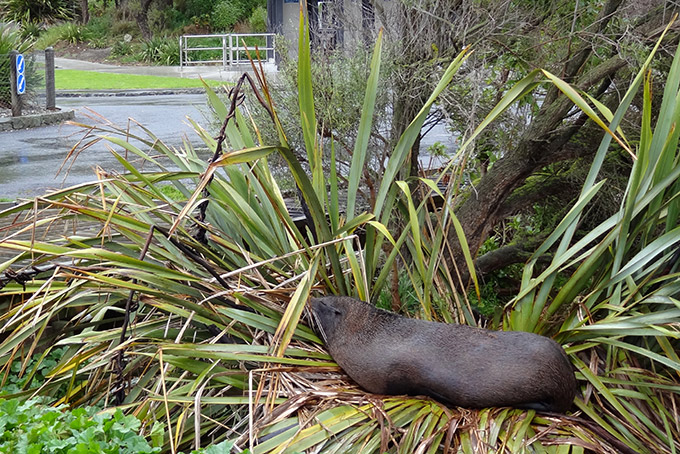 Does Kaikoura sound like a place you want to visit or do you already know it?